What to eat in Cambodia

Cambodian food is often compared to Thai or Vietnamese. When we traveled in Cambodia, we found that despite the similarity, the food in that country has its own essence.

Many meals that we had in the restaurants included salad, soup, meat or fish with rice and vegetables. Each dish had a unique  Cambodian flavor. 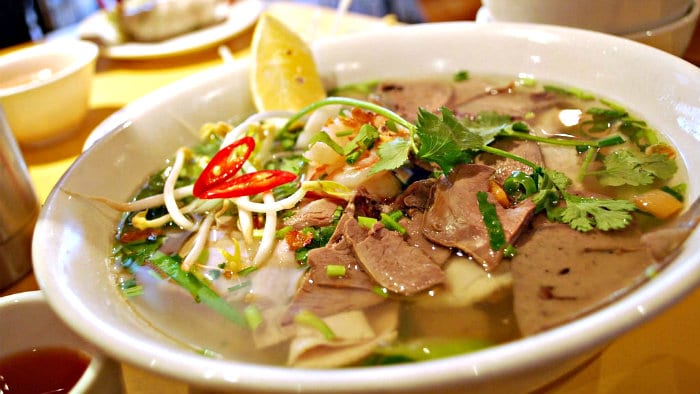 The very first meal we had in Cambodia, was a breakfast in the hotel’s restaurant in Phnom Pen, the capital. We started with soup. It looked like the Vietnamese Pho, but the flavors were different.

Later, we saw this noodle soup sold on the streets of Phnom Pen early in the morning when we went for a walk after our breakfast at the hotel. In the little hole-in-the-wall places, the locals slurped the aromatic broth and noodles with gusto.

Comparing it to the soup in the breakfast room in the hotel, we realized that we were eating the same dish. It also included rice noodles with green curry sauce, lemongrass, fresh bean sprouts, mint, cucumbers. We did not try the “street version,” but most likely the taste would be the same. 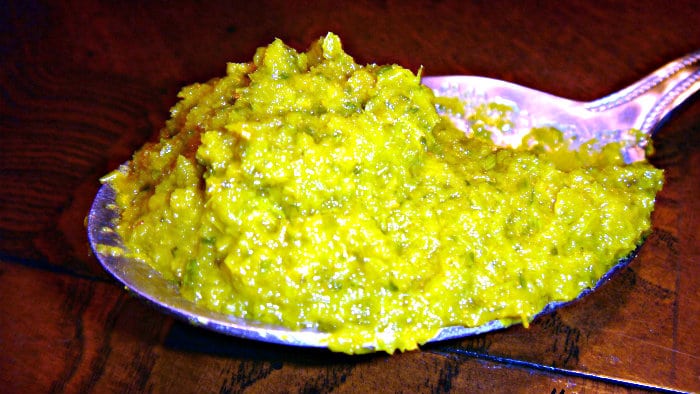 Kroeung is a traditional Cambodian paste made with lemongrass, galangal, and lime leaves. It is added to many Cambodian dishes and gives them “that something” that separates Cambodian cuisine from the food of other Asian countries. 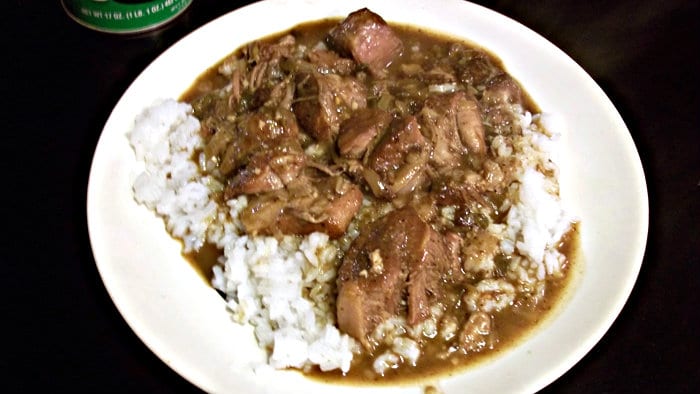 Another unusual breakfast food for us was bai (pork and rice.) Early in the morning, we saw people eating this tasty meal sitting on the low plastic stools, in small spaces which could accommodate not more than five or six customers.

Pork is marinated in coconut milk and garlic before being grilled. It comes with two side dishes: a bowl of pickled cucumbers and daikon radishes, and a cup of broth. 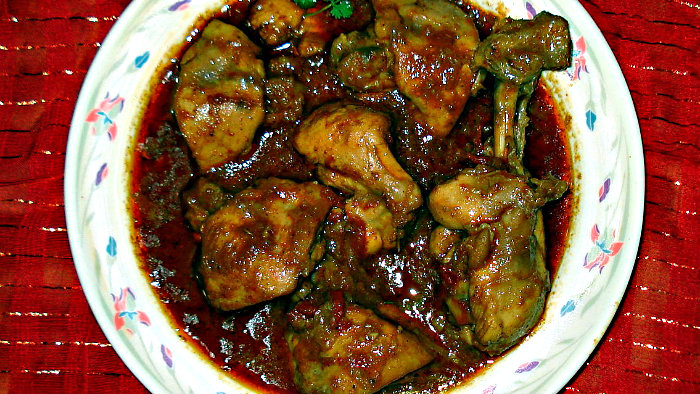 Khmer red curry was not like other curries. It had a unique Cambodian taste. We tried it with several kinds of protein – fish, chicken, beef, pork. The rest of the ingredients were the same from one meal to another: coconut milk, eggplant, green beans, potatoes, lemongrass, kroeung. 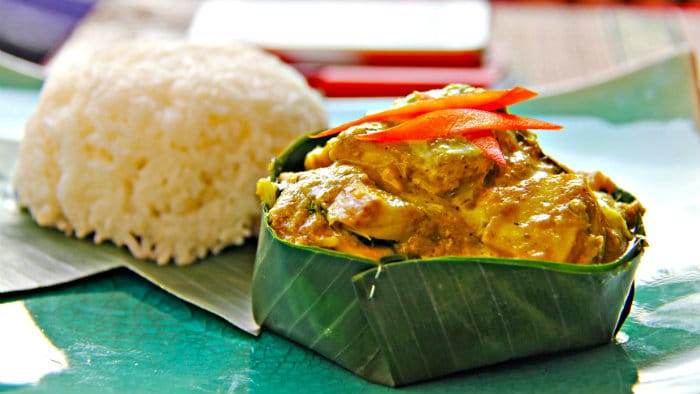 We always preferred to order the dish with fish rather than with meat. In Cambodia, they have a lot of fresh-water fish. Majority of that fish come from Mekong River and Tonle Sap Lake – two largest bodies of fresh water in Cambodia. One of the most popular fish meals in Cambodia is fish amok. 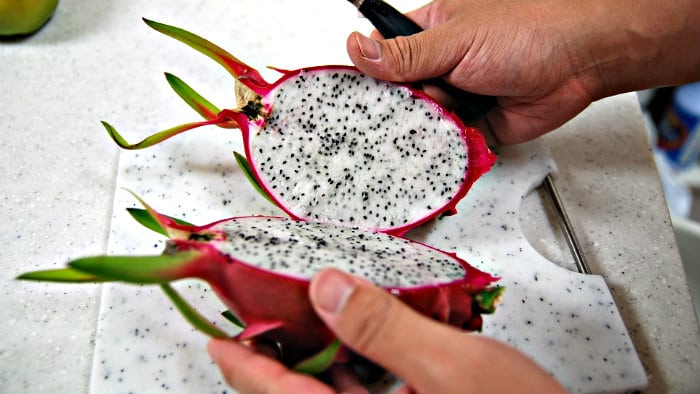 Each day we ate lots of exotic fruits. The new one for us was the dragon fruit. We saw this strange fruit before in other Asian countries but never tried it. In Cambodia, it was a love from the first bite. The flesh of the dragon fruit is slightly sweet and has a pleasant taste.

We gorged on lychees, custard apple, mango. These fruits made the best desserts for us. 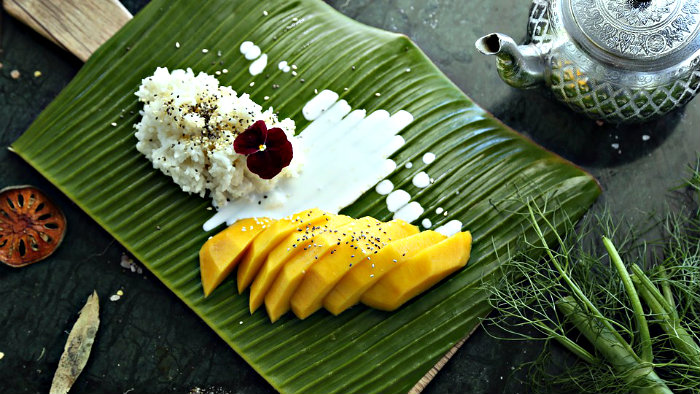 We loved the Cambodian desserts too, especially the ones made with the coconut milk. Our favorite was the sticky rice with mango. The sticky rice (white) is placed on the banana leave (bright green) with a few mango slices (orange) on the side. The aroma of coconut and mango will make you start salivating before you even taste this colorful dessert.

Another winner for us was mung bean pudding. This creamy dessert is served with the coconut sauce poured generously on top.

Book your flight to Cambodia

The best time to travel to Cambodia  – during dry months November through February.