What to eat in Morocco

We were introduced to the Moroccan food in Los Angeles when our Egyptian friend invited us to a Moroccan restaurant for dinner. We loved the food so much that we became the regular customers of that little place.

After we moved from Los Angeles, we didn’t eat Moroccan food for many years. There were no Moroccan restaurants in the areas where we lived.

Planning our first trip to Morocco, we were looking forward to eating this exotic food again. We were not disappointed. 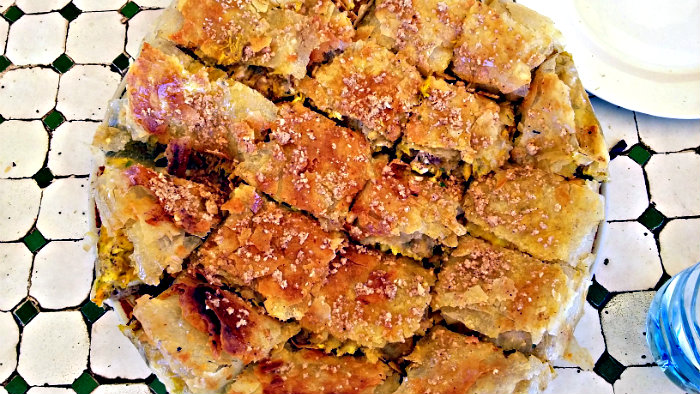 We enjoyed all the dishes at that restaurant. One of them was called pastilla. It is a pastry filled with chicken, almonds, and spices, sprinkled with powdered sugar. It was a delicious combination of sweet and savory.

We tried the pastilla in Morocco, this time with pigeon (not with chicken like in LA). It was delicious, though I felt sorry for the poor pigeon. Somehow, eating pastilla with chicken did not stir the same emotions in me. 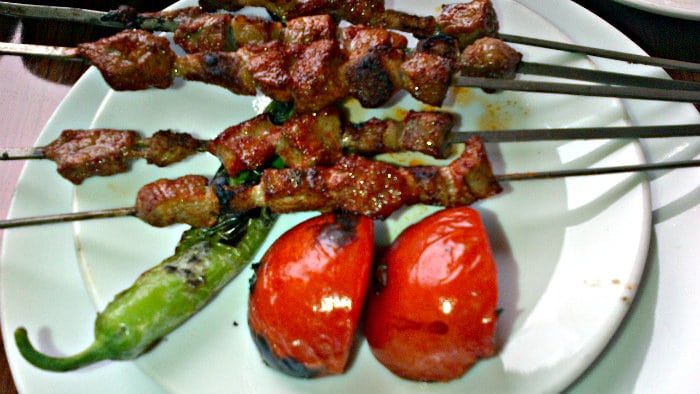 Another dish was lamb kebab served with couscous and vegetables. 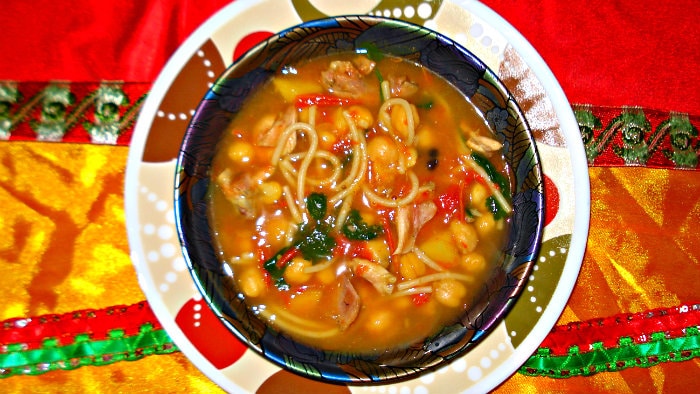 In Morocco, we started our day with a bowl of hearty Moroccan soup harira. It is a uniquely Moroccan dish made with tomatoes, lentils, and chickpeas. Each town we stayed at had a different variation of harira.

By the end of the trip, it was impossible to remember which harira we liked the most, they all were tasty. A bowl of harira, a cup of plain yogurt, strong coffee, and a plateful of fruits carried us through the whole morning until the lunchtime. 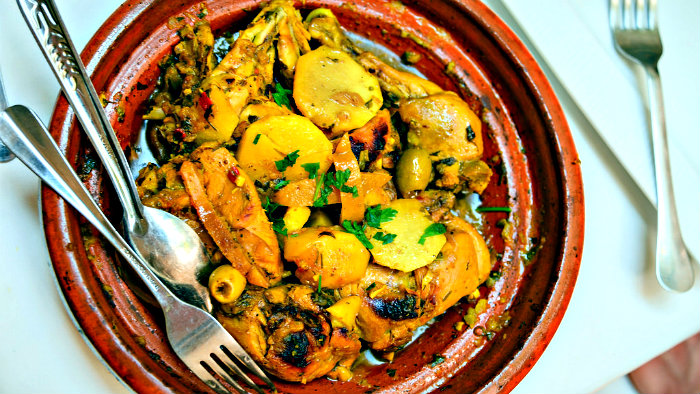 Everywhere we traveled in Morocco, we saw the roadside stands which were selling tajines, the traditional clay or ceramic pots with conical lids. Some of these pots were plain, some were intricately decorated.

These pots gave the name to the most famous Moroccan dish called tajine. It is cooked in a tajine pot. This slow-cooked stew is made with lamb or chicken. It can include olives, prunes, and vegetables. People usually eat this stew right from the tajine pot. 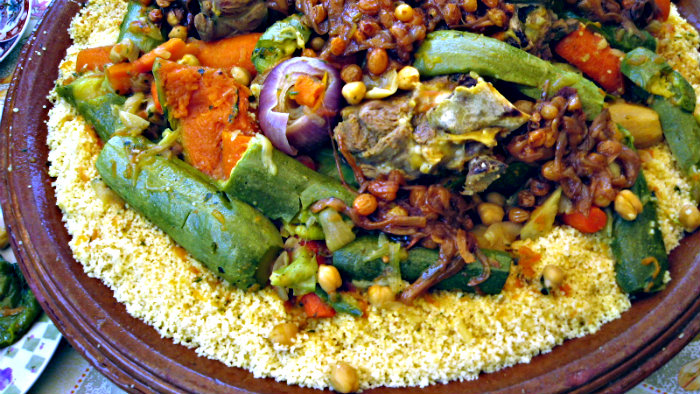 We were lucky to go on a tour which included the demonstration of couscous preparation, followed by the dinner. Couscous is made of semolina wheat. It is a signature dish of Morocco.

The traditional preparation of couscous

During this demonstration, a woman, wearing traditional Moroccan clothing, added water to a bowl of dry couscous and rubbed the wet grains between her hands for a few minutes. Then she put the couscous into a steamer and placed it on top of the pot with the slow cooking stew.

I couldn’t believe my eyes when I saw the woman serenely returning the fluffed-up couscous to the steamer for the third (!!!) time. Hungry and bored, I felt sorry for all Moroccan women who had to go through this lengthy process preparing dinner. Will this demo ever end? I asked my husband. Luckily, three was a charm: after the third steaming, the couscous was ready!

Our patient cook poured the sauce from the stew over the couscous and arranged the pieces of meat, prunes, and vegetables over it in a pretty pattern. The starving tourists wolfed down this heavenly meal in less than ten minutes.

After observing all the effort connected with the proper preparation of couscous, I decided to stick with the instant couscous we buy at the American supermarkets.

The American preparation of couscous

Bring the water and salt to a boil, stir in couscous, cover, turn off the heat, let stand 5 minutes, fluff with a fork, serve. 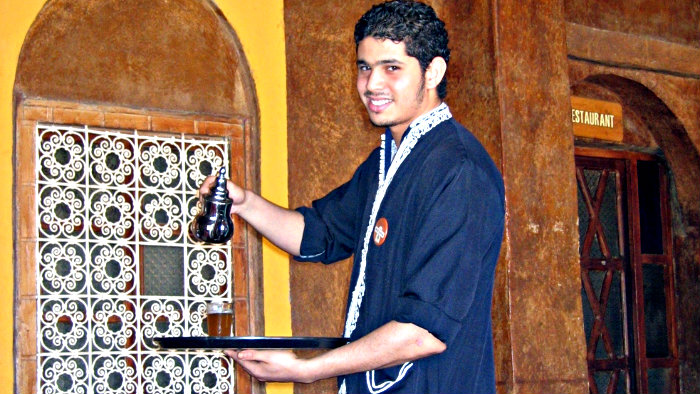 We were amazed by the skill of our waiter when he poured us the mint tea. Holding the teapot very high above our heads, he filled the tiny tea glasses without spilling a drop. 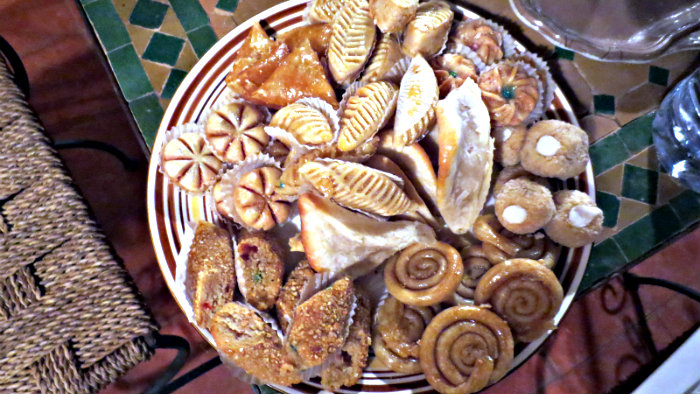 Moroccans definitely have a sweet tooth. Just looking at the trays of desserts will make your head spin. We try not to eat sweets, but it was impossible to refuse gazelle horns (Kaab El Ghazal), a crescent-shaped pastry made with almond paste.

Book your flight to Morocco

Best time to visit – in spring (mid-March to May) when the landscape is green and lush. Another good time to travel to Morocco – in autumn (September to October) when it is not hot.