So far, we visited 71 countries. To some of them, we went more than once (Japan, Italy, France, Germany, Austria, Mexico, Canada). It means that we had to cross the borders probably more than 100 times.

Entering Chile and leaving Chile were the most memorable events in our experience of crossing the borders. 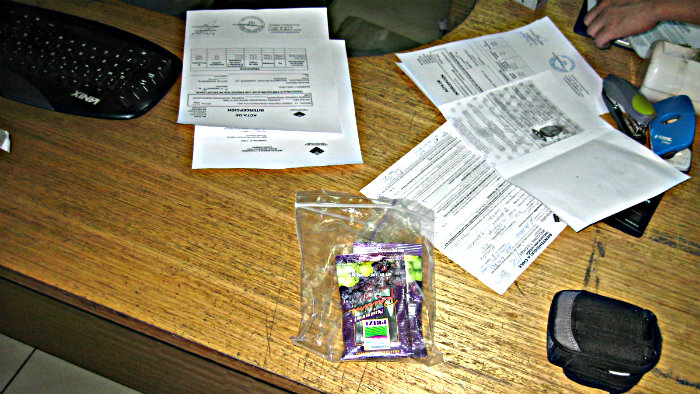 It was the first country on the exciting itinerary: Chile, Argentina, and Brazil. As we arrived at the airport in Santiago (the capital of Chile), we were met by a tour guide, Constantin.

Born in Greece, Constantin lived in Texas and took tour groups all around the world. Constantin spoke excellent Spanish and Portuguese.

Our group lined up at the customs. The officials asked every tourist the same question: “Do you have fruits or nuts?” (Chile exports a lot of fruits and nuts, and they do not want anyone to bring these products into Chile to compete with Chilean agriculture.)

Like everyone else, my husband and I said “No.” Suddenly, my carry-on was stopped after it passed through the machine. “Are you sure you do not have fruits and nuts?” asked the official. “I don’t think I have anything to report,“ I said with a suddenly hoarse voice.

They opened my small carry-on. Inside, in a little plastic bag, there were two sealed 1-once packets, one with dry almonds and another with raisins. Only now I recalled: I saved these complimentary “fruits and nuts” from the previous flight. Since we were given lunch on the plane from Miami to Santiago, I did not even touch this plastic bag.

With the grave expression on their faces, two soldiers separated us from the group and took us through the long corridor into a small office. There, we were interrogated by three important-looking officials. Only one of them spoke some English.

For many Americans it could be just a curious problem, maybe even a funny one. Not for my husband and me. We were naturalized American citizens who were born in the former Soviet Union. We knew (from books and our own experience) how even small problems at the customs can become big ones.

The physical evidence of our crime was displayed on the desk. My Ziplock bag with almonds and raisins looked tiny. However, it appeared huge in the eyes of our interrogators.

The senior official kept asking many questions, repeating the same question: Why did you…? We knew some Spanish, but not enough to handle such a  situation. Each inquiry was poorly translated by the English-speaking officer who, probably, did not study English since he graduated from  school.

Looking back, it was a hilarious scene. But at that time, the customs officials gave us the impression that we should pay a big fine, or even worse, be imprisoned or immediately deported out of the country.

We started to worry about losing  that we have spent the 15-day trip. As the officers were filling out more and more papers,  we felt more and more nervous. I even started thinking about Pinochet, the dictator of Chile, who imprisoned, tortured and killed many people years ago.

Suddenly, the English-speaking officer told us that we could go. Just before we got ready to run out of the door, my husband bravely asked the permission to take a picture of our “contraband.” Grudgingly, they allowed him to do it.

The same two soldiers took us through the same long corridor, but instead of sending our luggage through the machine and letting us go through the border control, they led us directly to the arrivals hall.

It seemed that we spent several hours in the interrogation room. Later we found out that the questioning lasted about an hour. By the way, how much time do you need to discuss one ounce of almonds and one ounce of raisins?

In the arrivals hall, we saw the worried face of Constantin. The rest of the group did not look relaxed either. “Let’s go to the bus, quickly,” commanded Constantin, and we rushed outside.

I asked Constantin nervously: “What about our visas to Chile? Aren’t we supposed to pay for them at the border control?” “Never mind,” said Constantin. “We are late. Our bus is waiting.”

Later, we were told that other members of our group had to pay for the visa to Chile $130 per person. Being “caught” at the customs saved us $260 and gave us an amusing story to tell! 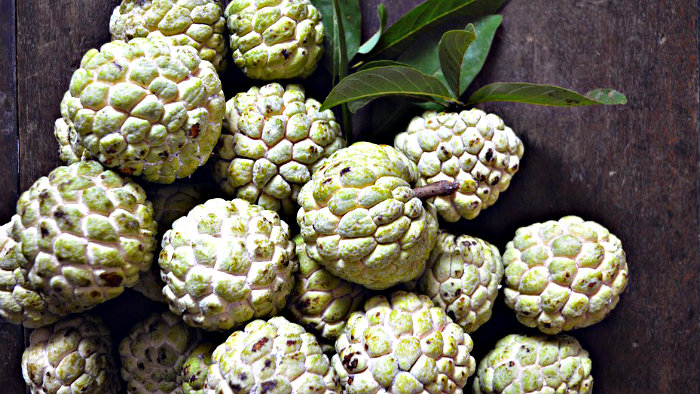 After visiting several tourist attractions in Chile, we had to cross the border into Argentina by bus. Our itinerary included driving over the high mountain pass. My husband and I were worried that we would be stopped at the border because we did not have visas to Chile. Constantin promised to help us out if there will be any difficulty.

A day before leaving for Argentina, we visited a local supermarket. We bought some dry oregano to take home. In the produce section, we saw a great deal on chirimoya and bought a large bag of this delicious fruit.

We love all kinds of fruit, especially exotic ones. We ate granadilla in Peru, dragon fruit in Vietnam and Cambodia, leeches in Costa Rica, durian in Singapour. The list goes on and on. Chirimoya is not popular in the United States. You can find it in some fancy supermarket for $2 a piece. In Chilean supermarket, we paid $2 for a big bag of this fruit.

As we were approaching the border with Argentina, our tour guide casually warned us that the border patrol might board our bus at either Chilean or Argentinian side and will check all luggage. “And, by the way,” – he said, looking directly at the two of us (while we were stuffing our face with chirimoya), “make sure you do not have fruits and nuts before you leave Chile!”

No way we would toss our chirimoyas! We started offering the fruit to our fellow travelers, but all of them refused. Except for us and Constantin, no one on the bus heard the name or ever tried chirimoya. Even the sight of this strange-looking fruit scared other tourists.

There were only ten more miles left before the border with Argentina. The two of us still had fifteen big chirimoyas. We did not have a second to waste, and started chewing faster.

When I was buying chirimoyas at the supermarket, I imagined how I would take my time enjoying the aroma, unusual texture and fantastic taste of each fruit. I planned to eat one or two chirimoyas per day. But now we had only 15-20 minutes to gobble up everything.

By the time we reached the border, my husband and I had bloated stomachs. Our fingers were sticky. But we won the race – all chirimoyas were gone!

After the bus stopped, two Chilean soldiers peeked inside the salon, said a friendly “Hola” and left. We proceeded to the border counters thinking: what if without the entry visas we will not be allowed to cross the border?

Customs officials in Santiago created a drama when they discovered our tiny bag with “fruits and nuts,” but what will happen when border control finds out that we were in their country illegally?

The absence of Chilean visas was ignored entirely. On the Argentinian side, two soldiers looked inside the bus, said a friendly “Hola” and left. With stomachs stuffed with chirimoya, we continued our Latin American journey.